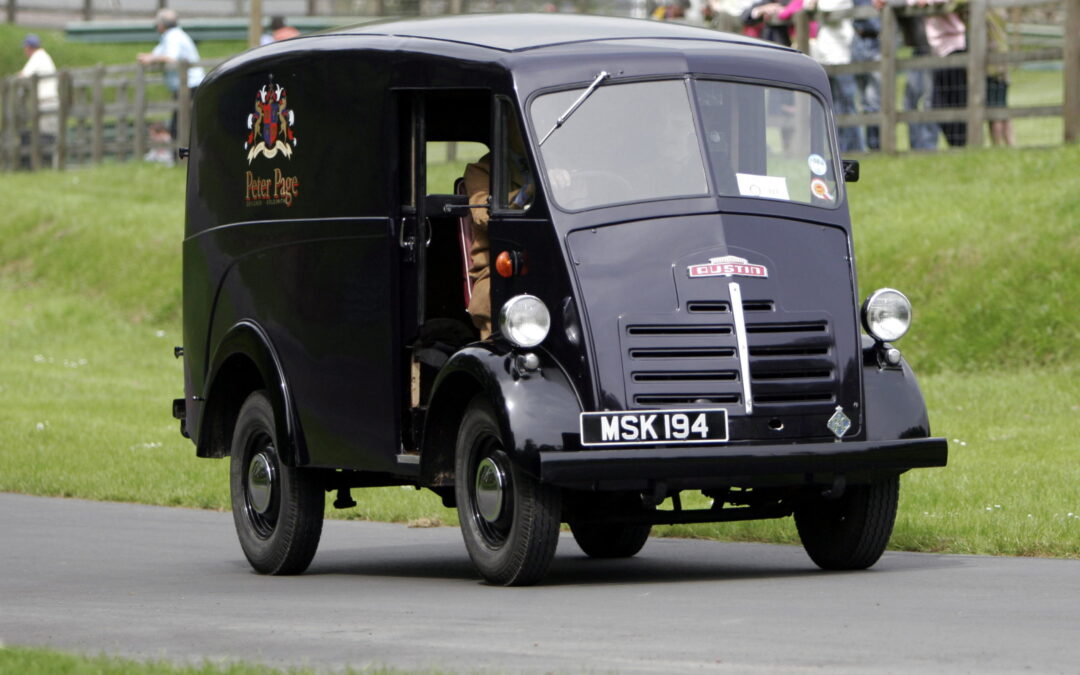 The Morris J-type has long been used as a reliable servant for a wide range of businesses. From large multinational organisations to small independent traders, the versatile Morris van has served across the world.

For many owners, the Morris J-type is much more than a works vehicle, it’s served as the family transport, has been used to celebrate milestones, and has completed unforgettable road trips. One of the most momentous and courageous J-type journeys was undertaken by UK-based high-end designer and goldsmith, Peter Page.

In 2010, Peter’s dependable Austin 101 (a badge-engineered version of the J-type) was about to turn the mature old age of fifty. To mark the half-century milestone, Peter planned a 5,000-mile road trip, where he and partner Louise would travel to France, Switzerland, Italy, Greece, Turkey, Istanbul and drive back via Spain to raise money for the Prospect Hospice.

With the Union Jack proudly flying from the Austin’s grille, Louise and Peter set off from their sleepy village in Wiltshire, where large excited crowds had gathered to cheer their departure and vintage cars lined the roads. The pair already had confidence in their dependable Austin, having successfully driven it to St Petersburg and back before, raising money once again for their local hospice.

To ensure the Austin celebrated turning 50 in style, Peter organised a magnificent voyage along Venice’s Grand Canal. With the vintage van carefully lifted onto a barge, Peter and his entourage floated down the waterway accompanied by a fleet of gondolas. The group sailed to The Rialto, the oldest bridge that spans the Grand Canal, where a large reception, which included the deputy mayor of Venice eagerly awaited their arrival.

In total, adventurers Peter and Louise navigated a wide variety of challenging driving environments for nine weeks and raised over £11,000! A superb achievement and a unique way to raise a considerable sum of much-needed money.

To this day Peter still uses his exceptionally well-preserved Austin 101, it can often be found driving the streets of Ramsbury, Marlborough, proudly wearing the livery of his luxury jewellery business, Peter Page Goldsmith.