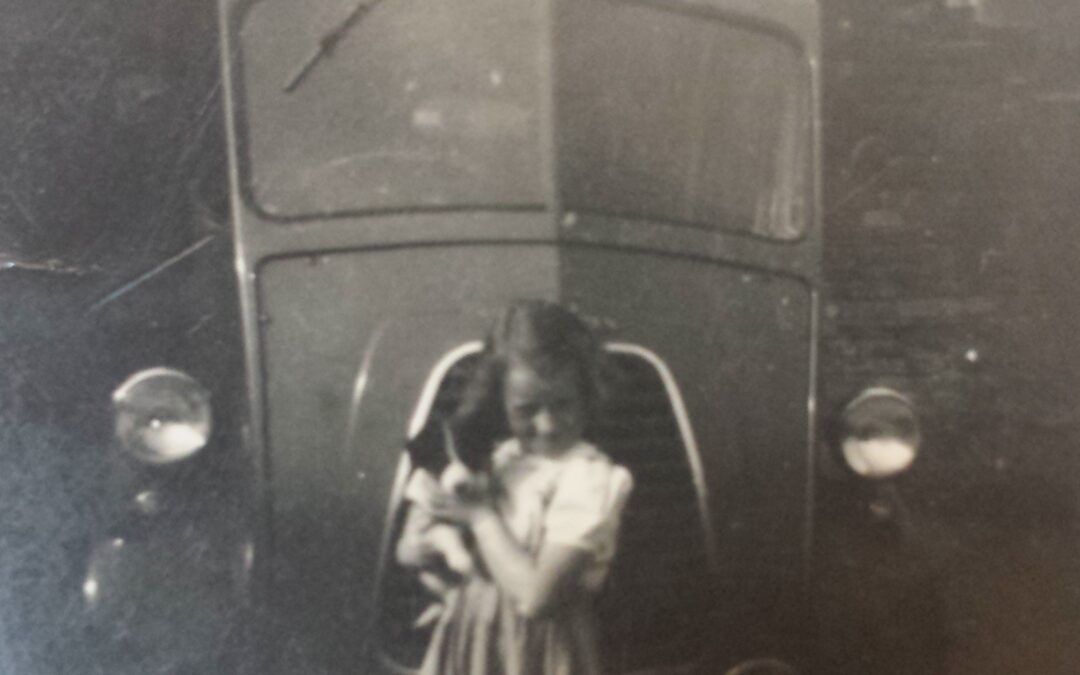 I am now nearly at the age for collecting a pension but I still have very fond memories of my Dad’s J-type that he ran for Mom & Dad’s bakery business, back in the early ’60s.

A standard bodied bottle green J-type, sliding doors, no soundproofing, no seat belts, no screen washers, a single windscreen wiper on the drivers side & just a single seat for the driver, the smell & sounds of a hot engine wafting up through the gaps around the central inboard engine cowling, it always struck me as one of the most beautiful shapes on the road, then & now.

Bare metal was EVERYWHERE &  since there was no passenger seat, Dad made a wooden bench for me to sit upon, one-panel leg of the bench longer than the other so that it would sit into the lower step by the door, the shorter panel leg resting next to that hump of an engine cover. I would sit on this, clinging onto the ‘luxurious’ passenger side demister vent, fingers jammed into the slot, whilst we bowled along at diabolical speeds (well, 30 m.p.h. or so), making deliveries around Birmingham. Health & Safety wasn’t quite a concern then & so I was the airbag & crumple zone all on my own – survived to tell the tale, though.

The only hint of trouble from it was when Dad was driving in Birmingham in a real early 60’s dense fog, visibility zero at best. Progress was obviously VERY slow but the van came to a complete stop & refused to go any further. Dad had been driving with the sliding door open, leaning out to get a better view of the road but it didn’t help much. When he got out to see what the problem was, the front wheels were jammed either side of a high curbed pedestrian refuge in the middle of the road at a pedestrian crossing, even the orange flashing beacon not being visible in the fog. Reverse gear sorted it & the deliveries were only late because of weather, not vehicle reliability.

I’ve sadly never driven an old J-type (other than sitting in the driving seat, going ‘BRRRRRMMMMM!’ as a 4-year-old) but I relish the chance at trying out this new electric version. Pity, it only has wooden seatbacks, not a wooden passenger bench like I had.