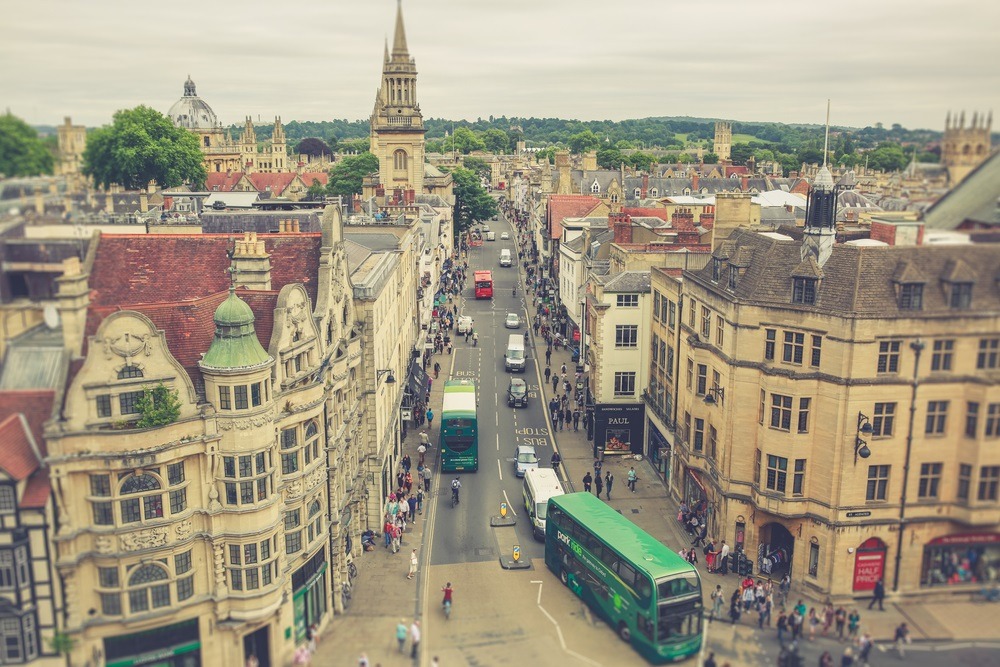 Oxford is set to become the first city to introduce a Zero Emission Zone (ZEZ), banning all petrol and diesel powered vehicles from entering its city centre.

Oxford City Council and Oxfordshire County Council have published final draft proposals for the ZEZ, expected to be introduced later this year.

The new proposals outline a Red Zone, which covers a small area of the city centre and will start from December 2020 for all vehicles.

It also outlines a Green Zone covering the rest of the city centre in 2021/22, which would be accessed for free by zero emission vehicles and with discounted charges for vehicles which comply with the London Ultra Low Emission Zone standards.

Both councils have now launched an informal consultation on a draft final scheme for the Red Zone, including the proposed charging and enforcement arrangements, which could begin in December.

The ZEZ aims to reduce Oxford’s toxic air pollution levels, tackle the climate emergency, and improve the health of those living, working, and visiting in Oxford and beyond.

The Red Zone will be enforced between 7am-7pm, with a £10 charge for non-compliant vehicles entering the zone.

Discounts for all blue badge holders entering the zone will be in place until December 2024.

There will be a 90% discount for residents living in the zone until December 2030.

In 2021/22 the councils are considering an expansion to the ZEZ to cover the remainder of the city centre – also known as the Green Zone.

The Green Zone would operate alongside the Red Zone, with separate requirements.

“With our strengthened Zero Emission Zone and the introduction of hundreds of supporting charging points, our medieval city is leading the electric vehicle revolution. Our two councils have taken a fresh look at the big idea of charging commuters to drive polluting vehicles in and out of the city centre. And we’re listening to Oxford’s Citizens’ Assembly on Climate Change by speeding up our journey to a city-wide Zero Emission Zone,” said councillor Tom Hayes, cabinet member for Zero Carbon Oxford, Oxford City Council.

The informal consultation on the Red Zone will be open from Tuesday 7 January – Friday 31 January, with the councils looking for feedback on: the level the charges are set at, whether the discounts are appropriate, the suggested hours of operation for the charging scheme, what future phases of the Zero Emission Zone should include, and when they should be implemented.

The Red Zone will then go to formal consultation in March, and the draft charging order published, with both councils making a formal decision on implementation in the spring, which could mean the scheme coming into effect in December 2020.

Greater detail around the implementation of the Green Zone and how it will work will be subject to further technical work, and consultation in 2020.

The FTA labelled the proposals “a tax on vans and trucks” and is calling on the councils to reconsider their plans.

Rebecca Kite, environment policy manager at FTA, said: “It is simply too soon to implement such a punitive scheme; there are currently no zero-emission trucks on the market, and very limited options for vans. And without a workable definition for an Ultra Low Emission Truck – something FTA is working with the government to develop – the scheme is effectively a tax on essential freight vehicles.

“Businesses within the logistics sector are determined to play their part in improving air quality; a recent study by FTA showed they are investing heavily in alternatively-fuelled vehicles. But until the market for zero-emission trucks and vans has fully developed – and they become a viable option for business of all sizes – FTA is strongly advising the councils to delay including commercial vehicles in the ZEZ. The government and local councils should instead, in the view of FTA, focus on supporting and developing the alternatively-fuelled vehicle market.”