Wireless Electric Car Chargers to be installed on UK Streets 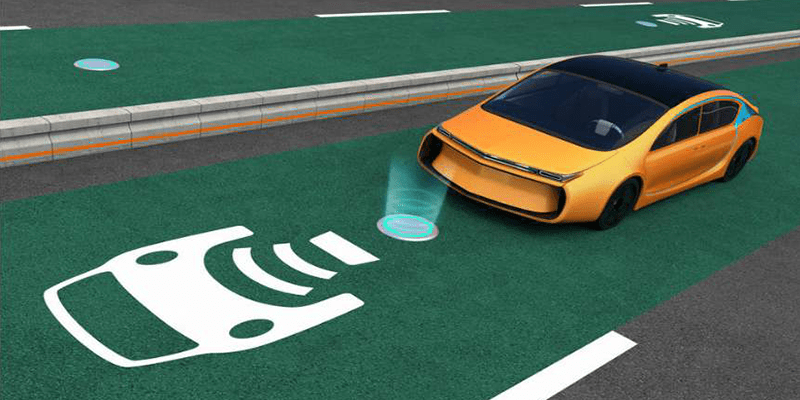 British drivers could soon be able to charge their electric cars wirelessly at the roadside.

Trials are about to begin around the country of new induction charging pads that do away with the need for EVs to be plugged into a charger.

The systems are to be trialled on residential streets, car parks and taxi ranks in Greater London, the Midlands and Scotland by charging infrastructure firm Connect Kerb.

The company says the system could pave the way for simpler, more convenient charging and reduce roadside clutter.

The technology works in the same way as a wireless mobile phone charger but on a far larger scale. A charging pad is sunk into the ground and emits an alternating electromagnetic field. Cars fitted with a suitable “receiving” unit can then park on top of the pad and use it to generate a current that will charge the battery.

‘Wireless charging will become the norm’

The current generation of electric cars don’t feature induction charging but many manufacturers and third-party companies are exploring the technology for existing and future vehicles and it is thought that it could be possible to retro-fit charging kits.

Connected Kerb chief executive Chris Pateman-Jones told the Daily Mail: “Vehicle manufacturers are increasingly including induction charging technology in their new models but at present, there are only a handful of induction-enabled electric vehicle charge points. We aim to change that.

“Induction charging will become the norm over the coming few years, and for good reason: It’s comparable in performance to traditional charging, however, it’s more convenient and even more simple.”

Local authorities are currently under pressure to increase roadside charging infrastructure to meet the rising demand from EV owners who don’t have off-street parking. Existing systems include pavement-mounted charging units, lampposts which incorporate charging points and units which rise out of the ground. However, these systems have recently been criticised for posing a hazard to people with vision and mobility problems, who could be tripped up by trailing charging cables and the charging units themselves.

Mr Pateman-Jones added: “Induction opens up electric vehicles for disabled people, who are currently excluded from EVs by trailing cables and accessibility.

“Longer term, induction charging will be the path to the electrification of all parking bays without the street furniture and cable clutter that dominates EV charge point technology today.”

Connected Kerb says the first inductive pads will be installed in the UK by the end of February, with international trials to follow later in the year.